Winter is right around the corner, and we have to start facing the stark reality that we’ll need to switch our heaters on. Unfortunately, heaters can be expensive, and it really pays to know how much they cost to run.

A reliable electric fireplace can be an effective way to heat a room, but how do they compare to other types of heaters? In this guide, we’ll answer the question “are electric fireplaces efficient” and explain how you can work out the cost for yourself.

There’s no set rate of electricity usage when it comes to an electric fireplace, and it will vary from home to home. It’s important to understand the different factors which might impact the energy usage so you can make a more accurate estimate of how much electricity your electric fireplace will use and how much it will cost.

Power Consumption of The Unit Itself

This sounds pretty obvious, but you need to be aware of the amount of electricity your fireplace will need to run because this changes a lot based on the type of unit you have.

This is generally measured in watts, and an average model might use 1500 watts, but you can get more general energy-efficient heater models which work effectively in larger rooms. It’s worth understanding how much power your unit will need to help control your costs.

Naturally, if you use your electric fireplace for longer, you will use more electricity, and it will cost you more.

Cost Of Electricity In Your Area

Finally, you need to have a good understanding of the cost of electricity in your area because it can vary quite dramatically between states. On average, it will cost about 13 cents per kilowatt-hour, but you can check your energy bills to see the exact breakdown.

You may also have peak and off-peak hours for electricity where you will pay more or less for power.

If electricity cost is quite high in your area, you can consider other types of heating solution for your room:

Determining the Electricity Usage Of Your Electric Fireplace

To understand the energy usage of your electric fireplace, you have to know what is going in and what’s going out. Electricity is used to power the unit, and the amount of electricity is measured in watts. You should be able to see the wattage of an electric fireplace on the side of the packaging or on the unit specifications.

The output from an electric fireplace is measured in British Thermal Units (BTUs). This is the amount of energy it takes to boil 1 pound of water and has been used to measure thermal output for years. The higher the BTU, the more heat will be produced, and the greater the space the electric fireplace can heat.

We’ll go on to explain how to calculate the running costs in a minute, but here’s a quick breakdown of the BTU and wattage for different sized electric fireplaces:

You first need to determine how many kWh are being used by the fireplace. To do this, you divide the wattage by 1000.

Therefore, the electric fireplace uses 1.5 kilowatts of energy an hour.

You can then use the following equation to work out the cost per hour:

kWh x cost per kWh = cost per hour to run

To determine the cost per day, we need to estimate how many hours it will be switched on for. For the purposes of this example, we have assumed it’s 6 hours and used the following equation:

Cost per hour x number of hours = cost per day ($)

Finally, to determine the estimated monthly cost, we have to multiply this figure by the average number of days in a month, 30:

It would therefore cost you roughly $35.10 to run a 1500-watt electric heater a month, using it 6 hours a day. You’ll be able to use these equations to work out how much it will cost you in your area.

Are Electric Fireplaces Expensive To Operate?

Electric fireplaces are considered one of the more efficient ways to heat a room and are fairly inexpensive to run. The mechanism uses a limited amount of electricity, so they use about half the power of dishwashers or washing machines.

As a result, even compared to other heaters, they come in significantly cheaper, costing up to 10 cents less per day than comparable gas heaters.

The reason that electric fireplaces are considered so effective is because, in theory, none of the energy is wasted. There’s no need for ventilation or chimneys with an electric heater, so 100% of the energy produced should make its way into the room.

You can even direct the electric fireplace to target the colder areas of the room first. Of course, they are only designed to heat one room, so they won’t replace your central heating, but they can be the next best thing in terms of efficiency.

Tips On How To Use Them More Efficiently

Electric fireplaces are extremely efficient, but there are ways to improve on this and make sure you’re using them in the most intelligent way.

Electric fireplaces really become expensive if they’re used for prolonged periods of time. Ideally, you should use them for short bursts of energy to heat a room and then switch them off when you’re not in there. This will help lower your bills and is a safer way to use the device. 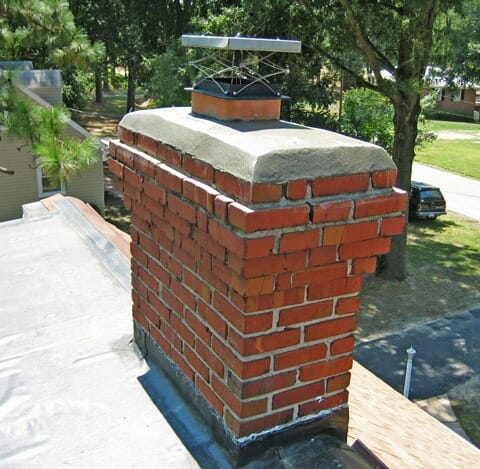 Electric fireplaces often sit in old, disused fireplaces which are connected to your chimney.

In most cases, the chimney will be sealed up, but that doesn’t mean that heat won’t escape upwards and out of your home.

Damper caps sit on top of your exit flue and help to keep heat in your home, so you don’t need to run the electric fireplace for as long to feel the benefit.

Stopping heat escaping the room will mean you need to use the electric heater less often and therefore will cut down on your electricity bills.

Look to get extra insulation on your windows, install door seals and draft excluders, and close the curtains when you can.

All of this will improve the heating in the room and remove the need to run your heater for hours.

Old or damaged electric heaters will have to work harder to try and do their job. You should regularly examine and maintain your electric fireplace, taking the time to clean the vents from dust and debris so you get the full benefit of the device.

If you notice a spike in your electricity bills, then it might be worth getting a professional to check your electric fireplace and see if there’s something wrong.

Are electric fireplaces worth the money?

Electric fireplaces can cost a lot to purchase but once installed, they are much more energy-efficient and will save you money on your bills. They’re also low maintenance and designed to last a long time.

You should consider an electric fireplace an investment, and if you have the money to purchase one, then it is probably worth it in the long term. If not, then you can look for more affordable heating solutions.

How much would it cost to install an electric fireplace?

It will typically cost between $150 and $300 to have an electric fireplace fitted, but that may vary depending on which area you live in.

How much will an electric fireplace raise my electric bill?

Is it cheaper to run a gas or electric fireplace?

Electric fireplaces are cheaper to run than gas heaters because they are more efficient.

Electric fireplaces are an effective way to heat a room and one of the most energy-efficient solutions to home heating. Compared to other similar heaters, they can cost you significantly less, but it pays to understand just how much electricity you will be using and what it might cost you before you make any purchase.

Hopefully, this guide has helped explain the average running costs and given you some useful tips to help you get the most from your electric fireplace.

Josh M
My name is Josh and I am obsessed with the HVAC industry. I created this website to help HVAC techs of all levels get the best out of their heating & cooling systems. I have spent thousands of hours studying air conditioners, heaters and home air products so you can learn & buy with confidence. Learn more about the team here.

My name is Josh and I am obsessed with the HVAC industry. I created this website to help HVAC techs of all levels get the best out of their heating & cooling systems. I have spent thousands of hours studying air conditioners, heaters and home air products so you can learn & buy with confidence. Learn more about the team here. 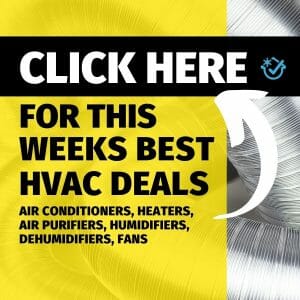